A Brief History of Electricity 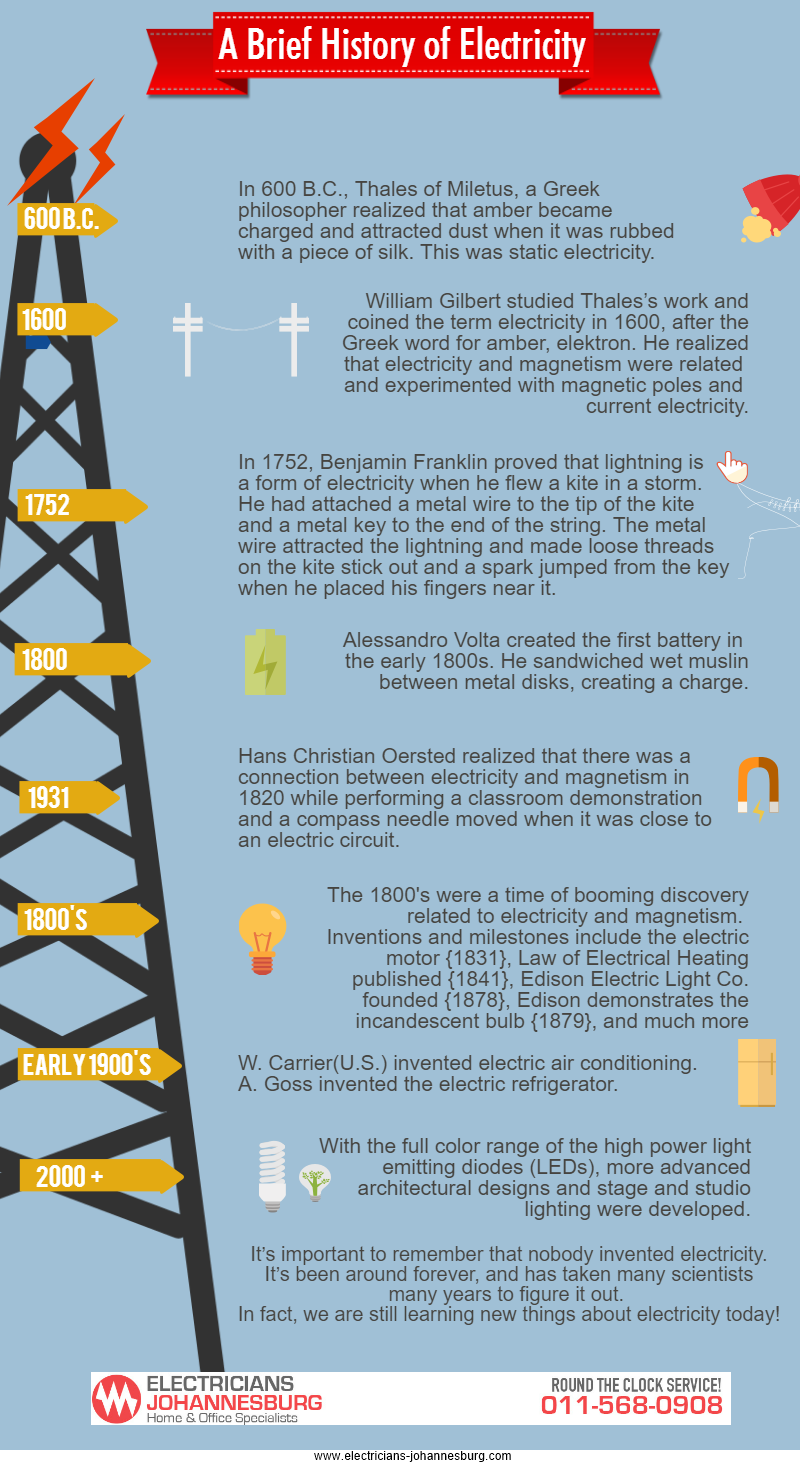 Electricity – where would be without it? In the dark ages I suspect. We might assume electricity to be being the principle modernising factor of our world (it is) yet it might surprise you to learn just how long a history it’s had.

The leyden jar was the first capacitor (invented simultaneously in Holland & Germany in 1745). The device stores and releases an electrical charge. While a few years later Benjamin Franklin was the first person to prove lightning was electrical. He flew a kite in a thunderstorm with a metal key attached and as expected lightning struck and traveled down the string to give him a shock – a somewhat perilous discovery.

The next milestone was to create light from electricity. in 1879 Thomas Edison was the first person to create a long-lasting light-bulb in his lab and earned his place in the history books. Flash forward fifty years and most people in America’s towns and cities had electricity in their home (though only 10 percent of farm owners and rural dwellers had electric power). Though recent data from South Africa shows we are actually using less and less electricity – so good on us for not wasting resources!

These days we take it all for granted – what can be simpler than flicking a switch and having light in your room? Though for all our advances we’ve yet to eliminate the need for a reliable electrician. And thank God for that!